A fantastic opportunity to take a leading position in the further development of a successful and ambitious program. The College has had a hugely successful season in which three Head of the River events and over 15 State Championship titles were won. Loreto was recently awarded the Women’s Club Premiership Trophy in South Australia as
Read More 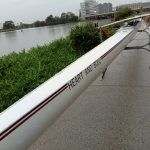 Ascham School is selling the “Heart and Soul” Sykes single which has been used within our rowing program over the past 10 years. There is no manufacturer’s plate on the boat, but it is in as good a condition as our other singles for sale, which were built from 1999 to 2006. It is designed
Read More 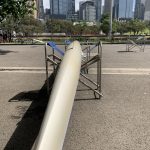 I’m selling my 2003 Sykes single with its oars and rigger included. It’s mould 26W and is for a 70kg rower. The boat is the correct racing weight – 14kg.  It’s in good condition and has only been rowed by me for the past six years. Its previous owner was also the only person rowing it
Read More 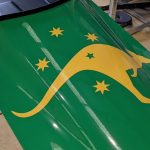 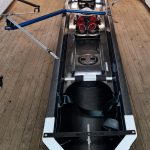 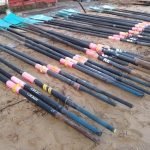 A conglomeration of Croker oars (about 40) aged prior to 2010, all in need of repair (grips / handles, sleeves).Mostly Slick 70 blades, and mostly fixed length oars, but some have adjustable carbon handles.There are complete sets of 4 or 8.Any offer will be considered. Oars are located at the Kings College boat shed, Sydney.
Read More