This is the essence of a rowing machine. 14kg head same as a scull. Cranked rail to replicate the slope of slides. Real carbon rowing seat that will tilt if you do not balance. Rowing shoes. Yellow Croker rowing handles. Actually a pleasure to row. Connects to Rowperfect for Windows providing a large display and
Read More

2  x DAMAGED 14kg weight limited sculls. Sykes moulds. Were vandalised sitting on a trailer. Now being sold by the insurers. Will need repairing to be rowable. Price: $1,000 for both. Currently located at Sykes, Geelong. Contact Ishi on 0406380524 or ishi.govender@cl-au.com   SaveSave
Read More

We have a new/ Demo SLRacing coxed Quad / Four available for sale in Launceston. Full carbon, race spec. Built 2017 White in colour. Has wiring loom fitted for your cox box. The boat is $24500.00   This includes GST and transport to Launceston/ within Tasmania. All you need is a crew and Oars. The Coxed
Read More 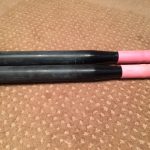 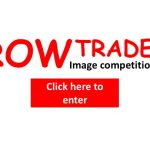 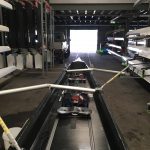 Originally purchased for the Qld crew to race in the Kings Cup, this 2006 Hudson Elite is in good condition and has only been used and raced occasionally over the past 4 years. It has a fully working NK harness, and wing riggers. It suits a 95kg crew average. Located in Brisbane. For further information,
Read More